New Mexico State basketball player Mike Peake was hospitalized after he was involved in a shooting on the New Mexico campus early Saturday morning that left one person dead. Police said a New Mexico student, 19-year-old Brandon Travis, died in the altercation, which occurred the morning before the in-state rivals were scheduled to play a game on New Mexico’s campus in Albuquerque.

The game was postponed in wake of the shooting, which is being investigated by the New Mexico State Police. The NMSP revealed Sunday that Travis “conspired” with a 17-year-old female and two of Travis’s male friends, all UNM students, to “lure” Peake to the UNM campus and assault him.

An altercation ensued with shots being fired and Peake shooting Travis, who was pronounced dead at the scene, police said. The female was arrested and booked into a juvenile detention facility on charges of aggravated battery and conspiracy, per the NMSP.

In a statement Sunday, New Mexico State chancellor Dan Arvizu said that some NMSU athletics personnel stayed behind in Albuquerque to be with the hospitalized player after the team returned home.

“We know that one of our student-athletes is now in the hospital following an altercation on the UNM campus,” Arvizu said in a statement. “We also know another person has lost their life following that altercation. Any untimely passing is a tragedy, but it’s especially heartbreaking when it involves students and happens on a university campus. I’ve spoken with UNM President Garnett Stokes and relayed my sympathies and those of our entire NMSU community.”

Because of Saturday’s incident, the… 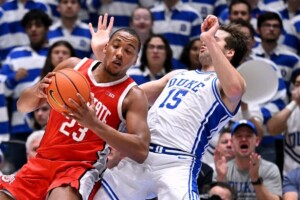 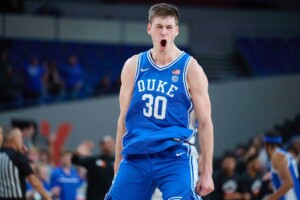 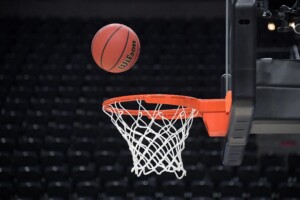 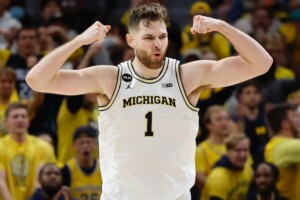 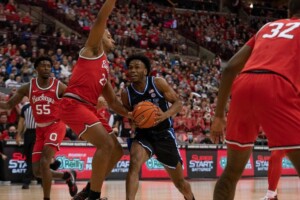